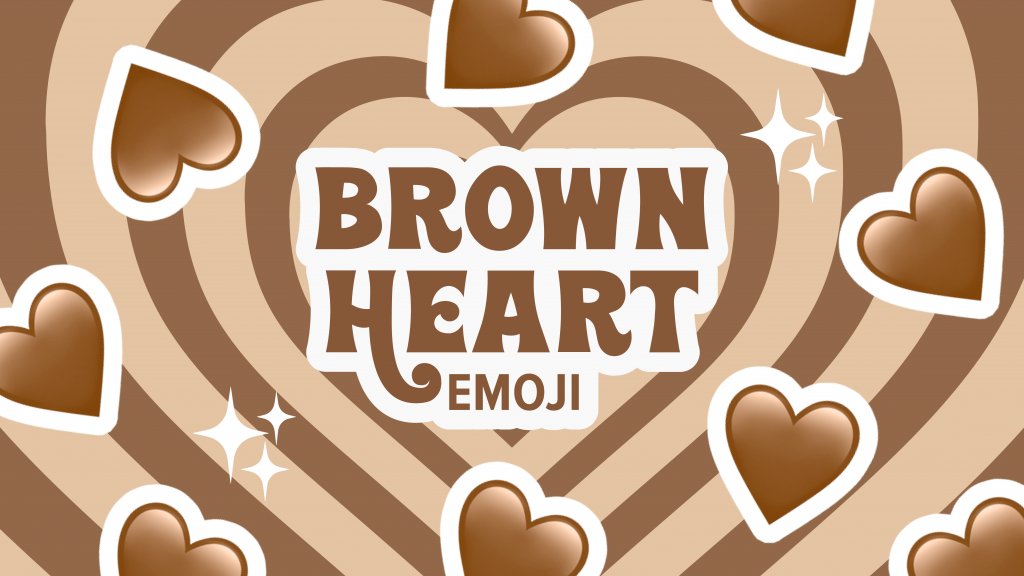 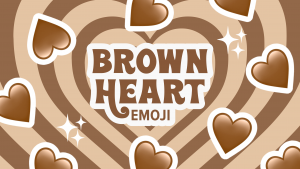 In the early days of emojis, if you wanted to say you liked or loved someone, you’d send a symbol of a ❤️ Red Heart. It didn’t matter if the relationship was romantic or purely platonic; the red heart was everything stated about love rolled into one. Since then, a lot of obvious things have changed in the emoji world. There is a great deal of different colored heart emojis now, and they stand for wonderful things! Some convey romantic thoughts, while others, like the brown hearts, are used to discuss more serious stuff — like racial identity. 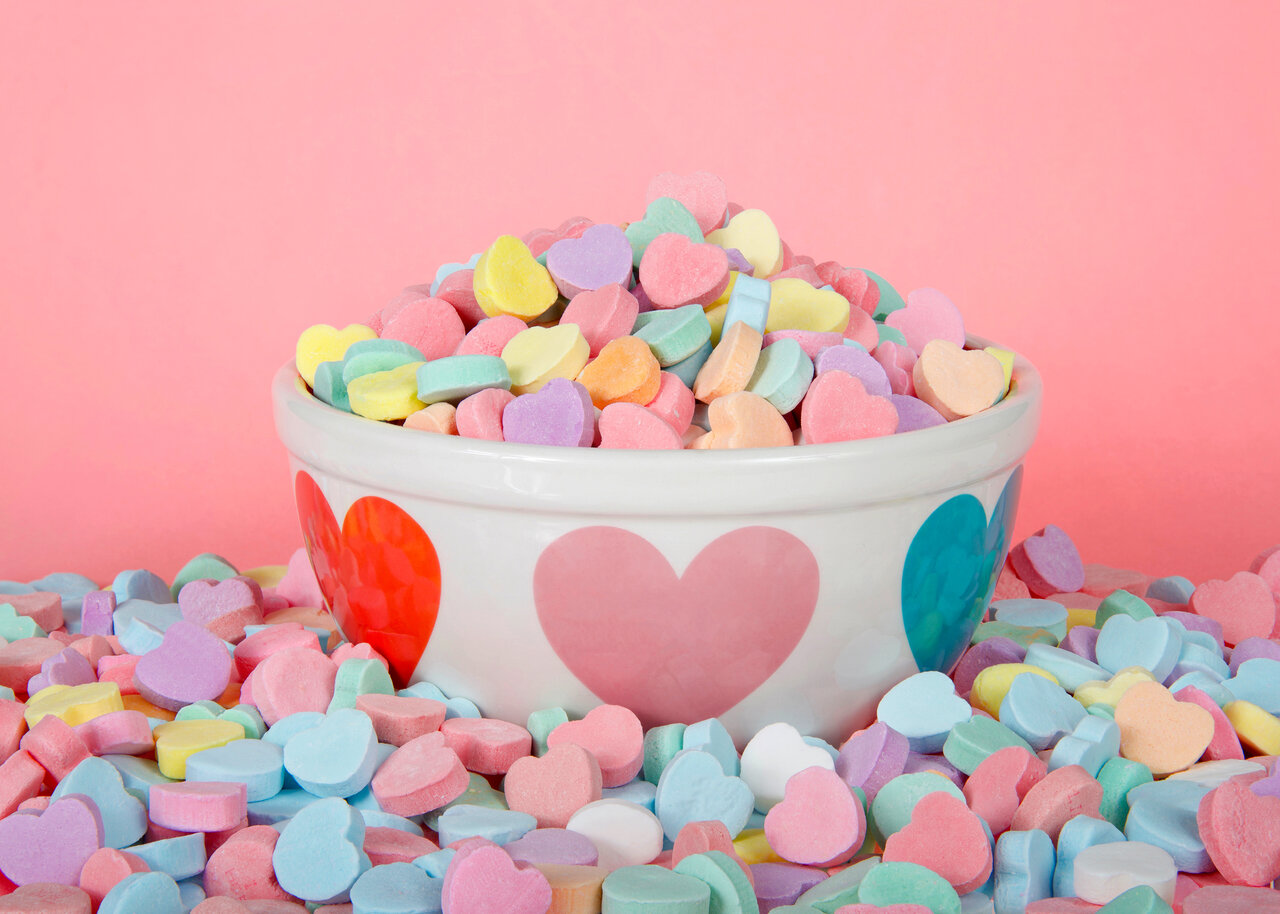 Ask a bunch of people what their favorite color is and most of the time, brown won’t even be on their list. For some, there’s nothing unique about it; it’s the color of poop and a usual shade for furniture, including beds, chairs, and tables — that’s all they see.

But in 2020, brown hearts were everywhere — in social media posts, emails, and even in chat groups. So, what happened? Sometimes emojis get connected to a burning issue and suddenly experience a surge in popularity. Apparently, this is what happened to the controversial 🤎 Brown Heart emoji. 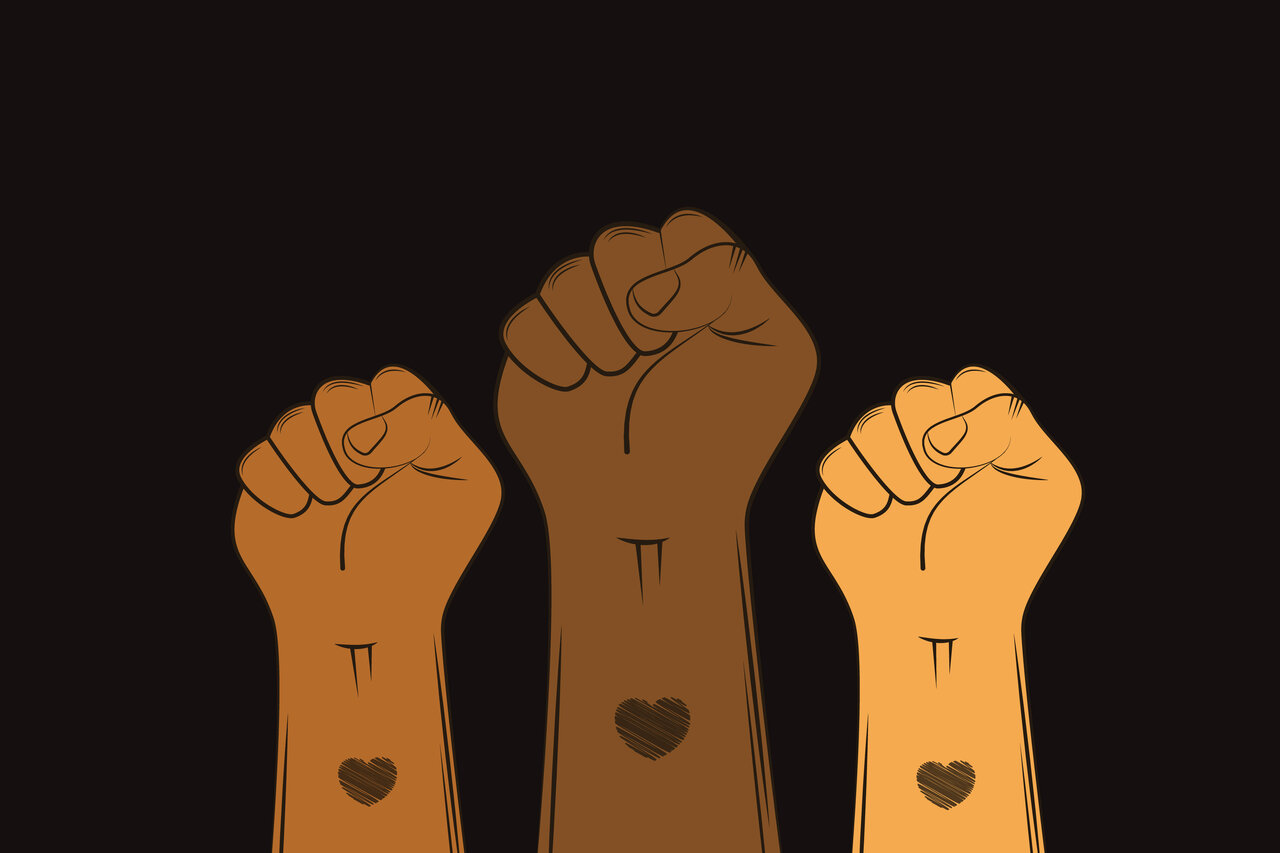 In 2020, supporters of the Black Lives Matter movement began to put brown hearts beside the ✊ Raised Fist emoji and 🖤 Black Heart emoji.

Netizens spread this combination all over social media as a show of solidarity with Black people in their struggle for racial equality and justice. This wave of support came in the wake of the resurgence of the Black Lives Matter movement, triggered by the horrific murder of African-American male, George Floyd.

In 2019, when the brown heart emoji was introduced to the public as part of Unicode 12.0, Version 12 of the Unicode Standard, no one had an inkling of the vast journey it would take. In fact, Unicode, the regulatory body that sets global coding standards for emojis, approved and published brown heart as one of the remaining heart emojis.

Unicode determines the emojis that customers use on their devices around the world. Out of all the heart emojis, the organization released brown heart as one of the last. What was the first? The OG heart emoji, ❤️ Red Heart, of course, which rolled out in 1993.

The 💛 Yellow Heart emoji, 💙 Blue Heart emoji , and 💚 Green Heart emoji came after red, joining the community as a member of Unicode 6.0 in 2010. 6 years after, in 2016, the public got to meet the dark and morbid black heart emoji. One year later, nearly a decade after most hearts first appeared on platforms like iOS and Android, the 🧡 Orange Heart emoji was added to the emoji keyboard. But it wasn’t last on the list!

So, what happened to the brown heart? It was added to emoji keyboards in 2019 alongside the 🟫 Brown Square and 🟤 Brown Circle. Unicode did this to standardize and complete the colored shapes available in the emoji set. Undoubtedly, the brown heart is the least popular of the heart emojis. Despite that, it has its own unique applications, some of which we already stated above.

On all platforms, the emoji takes the shape of a simple brown heart. It remains constant in its general design but varies in finish and shade across platforms. For instance, Apple’s version appears with a thin, built-in brown outline, with a tinge of white near the top. Facebook’s brown heart also has white, from the middle part of the heart, all the way to the top.

Meanwhile, Windows’ heart displays more of a solid dark brown hue, while Samsung’s version is an interesting mix of white, with different shades of brown.

Out of all the platforms, when it comes to color, Twitter undeniably has a special combination — a mix of brown and pink. Google’s Brown Heart stands out too, with the most cartoonish design and smidges of white at the left and right.

In terms of shape, Twitter and Google’s brown hearts have the thickest, most bouncy looks. This is in contrast to the hearts on Facebook and Twitter which are rather flat. Meanwhile, Apple’s artwork displays a balance of the two groups — it’s got a bit of volume and some white near the top. When it comes to width, Apple’s is overall thinner as compared to Google’s and Twitter’s models. 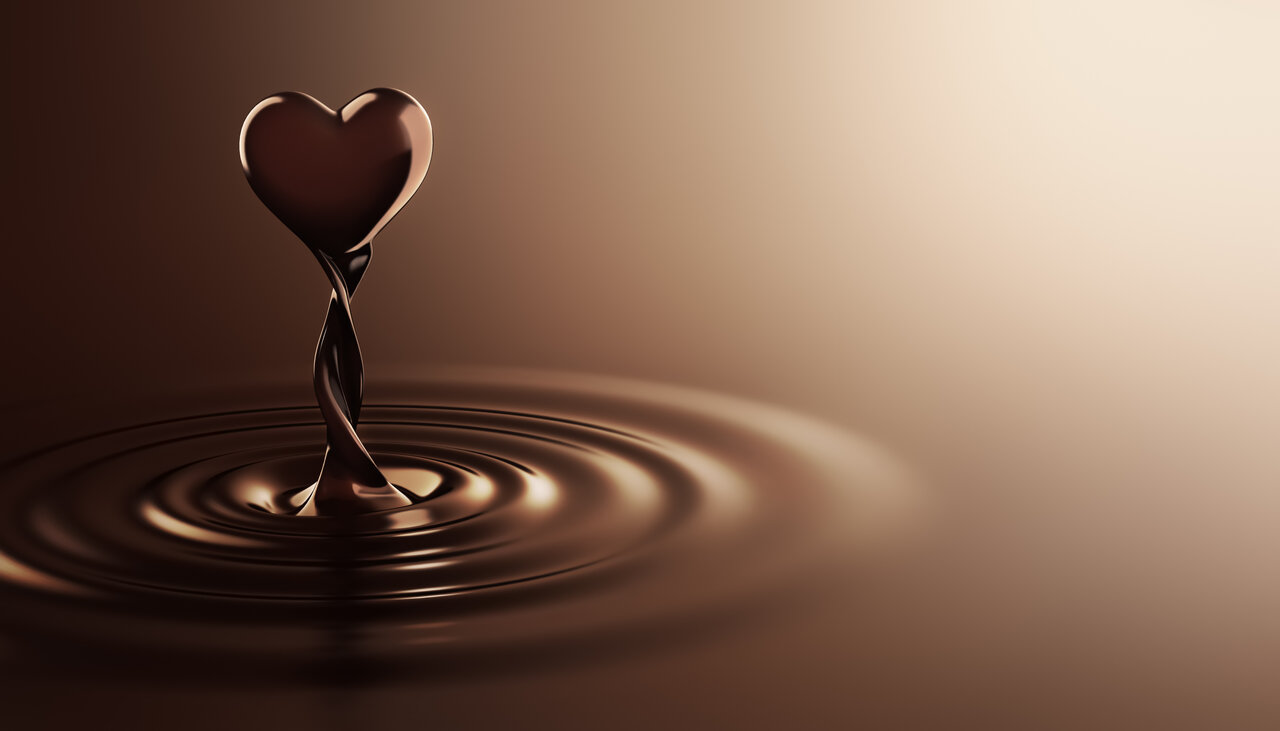 The Brown Heart’s design may look pretty simple when you first lay your eyes on it. However, don’t let looks deceive you! There’s actually a lot of potential in using this emoji in a creative manner. This is mainly due to the emoji’s various, fun meanings. Check out the section below to find out what they are.

Most users share the brown heart emoji to represent their desire for dark or milk chocolate, or for dishes with chocolate. Yum! Use it in conjunction with the 🛍️ Shopping Bags emoji to request that someone bring you some much-needed chocolate.

If you’re showing off something you’ve baked on social media or in personal texts, use this emoji beside pictures to give it a fresh look! Another nice way to use it would be while texting a grocery list; put this emoji next to all those yummy chocolate-based items so you won’t forget them. 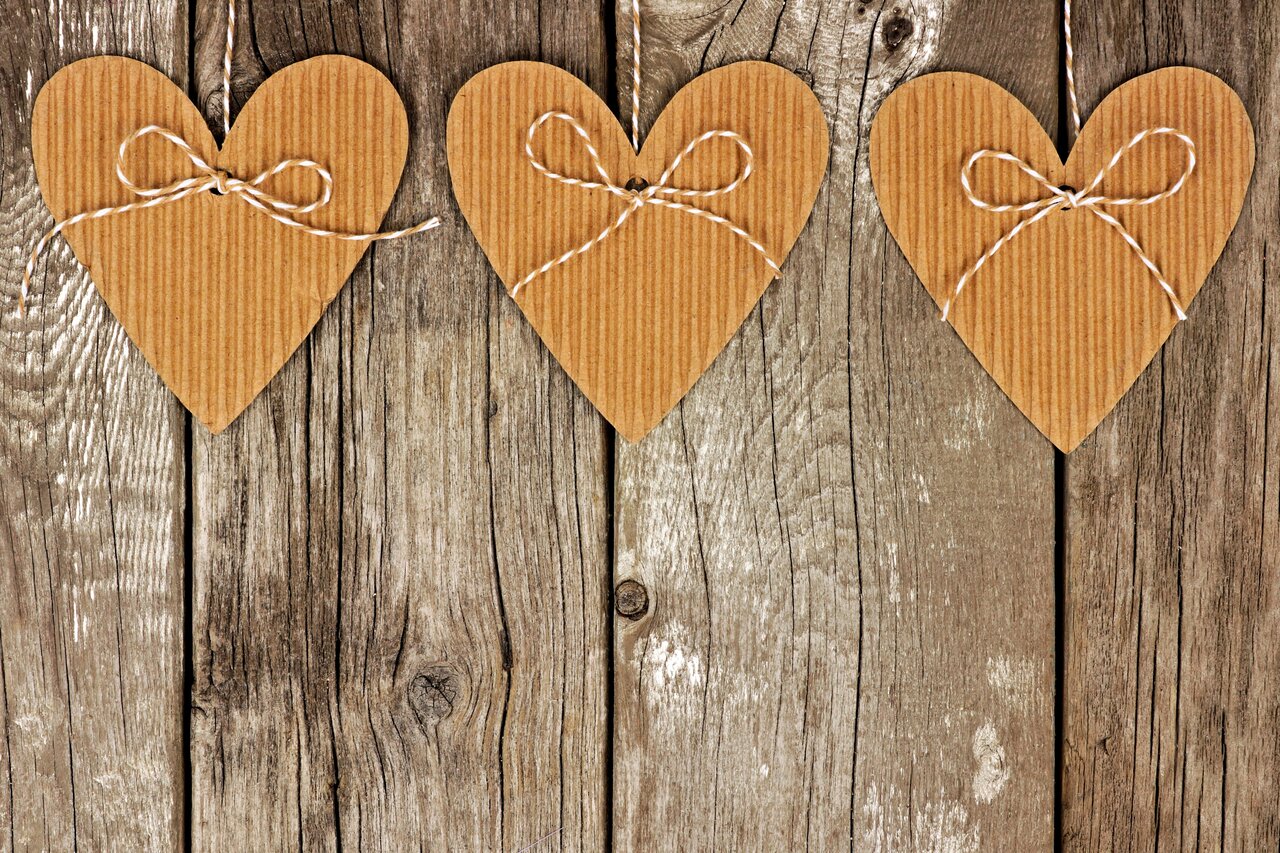 On a separate note, don’t be surprised if you see this emoji beside a sweet message from a friend or family member. Like most heart emojis, brown hearts represent close bonds, along with feelings of love and affection. However, it isn’t used as much in romantic relationships because a red heart is what is mostly expected. With that in mind, don’t send it to your romantic partner, whether boyfriend, girlfriend, husband, or wife.

In addition, since hearts convey passion, you can use brown hearts to show your enthusiasm and knowledge about brown animals or things. The emoji world has an incredible variety of brown emojis, in all categories, so if you want to go that way, you won’t have any problem with your task.

Many things that are natural and organic in every manner are trees, timber, fall foliage, skin tones, and even poop! They’re all brown. Dog faces, monkeys, deer, chipmunk, and eagle — they’re brown colored too.

You’ll find that many emoticons for food are brown as well. Pair the 🥔 Potato emoji with the 🍗 Poultry Leg emoji to show your fave Meat With Potatoes dish. Go ahead and include the 🍞 Bread emoji, 🥐 Croissant emoji, 🥯 Bagel emoji, 🍔 Hamburger emoji, or 🥨 Pretzel emoji while sharing a picture of your lunch, dinner, or on-the-go breakfast. Whatever happens, don’t forget the brown hearts at the end!

You can do this for many of the brown emojis you love, whether it’s from nature or about animals. Do it for food, and even sports. Jazz up your posts about your favorite sports team winning by posting a football, baseball, or basketball emoji followed by the brown heart emoji. 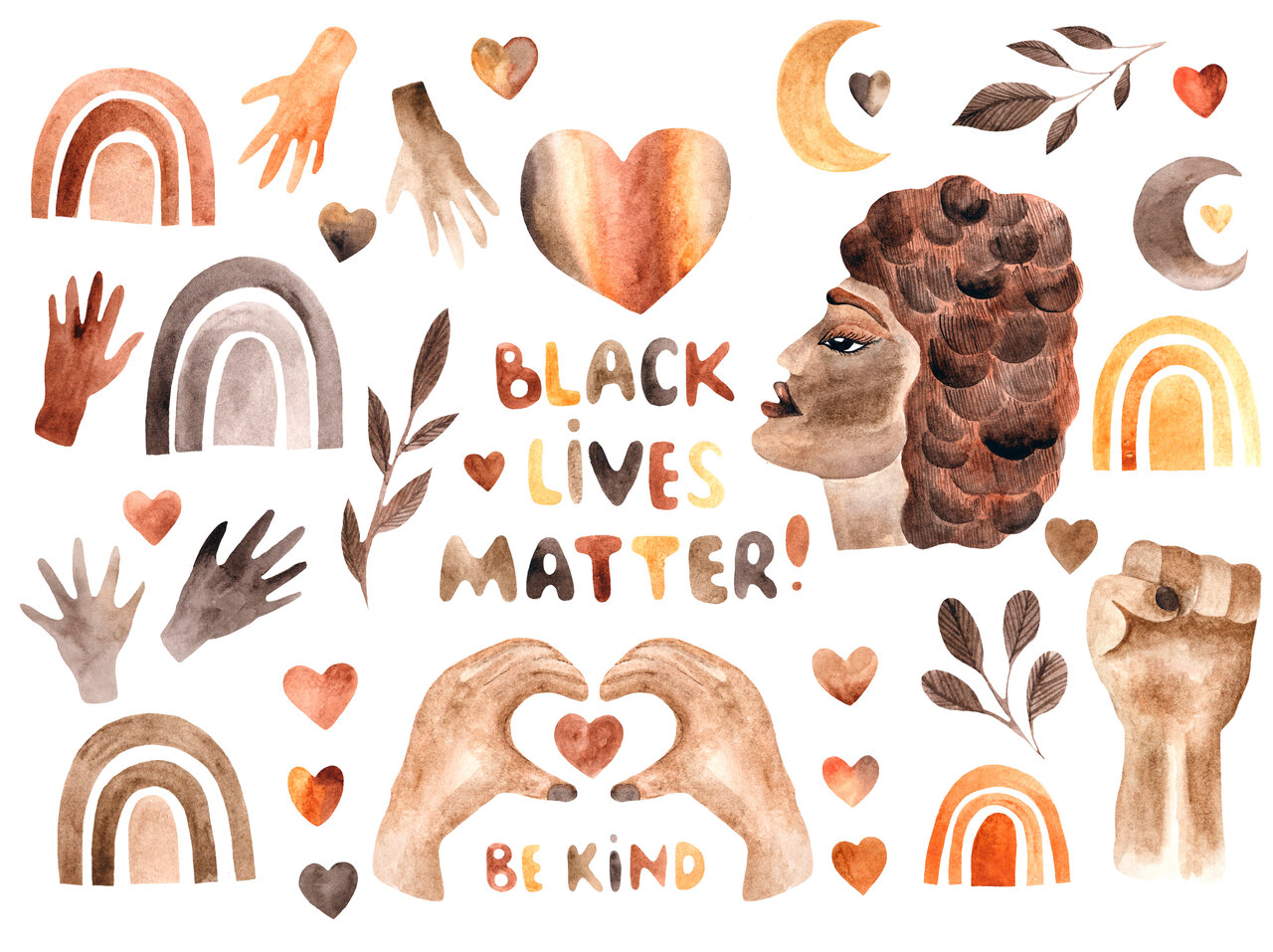 Despite its many meanings and creative uses, the brown heart emoji never really peaked in popularity. That is until it was used in conjunction with the re-emergence of the Black Lives Matter movement in 2020. The emoji world saw a significant rise in brown heart emoji posts following the killing of George Floyd and subsequent Black Lives Matter rallies against racism and police brutality.

Why the raised fist? From the time the Black Lives Movement came into existence, the fist pump has always been used to signify the Black Lives Movement and the #BlackLivesMatter campaign. The #BlackLivesMatter campaign is a social movement dedicated to protesting racism and police brutality against African-Americans. Aside from the brown hearts, the black heart emoji, 📣 Megaphone emoji, and ☮️ Peace Symbol emoji were often used to support said movement too. 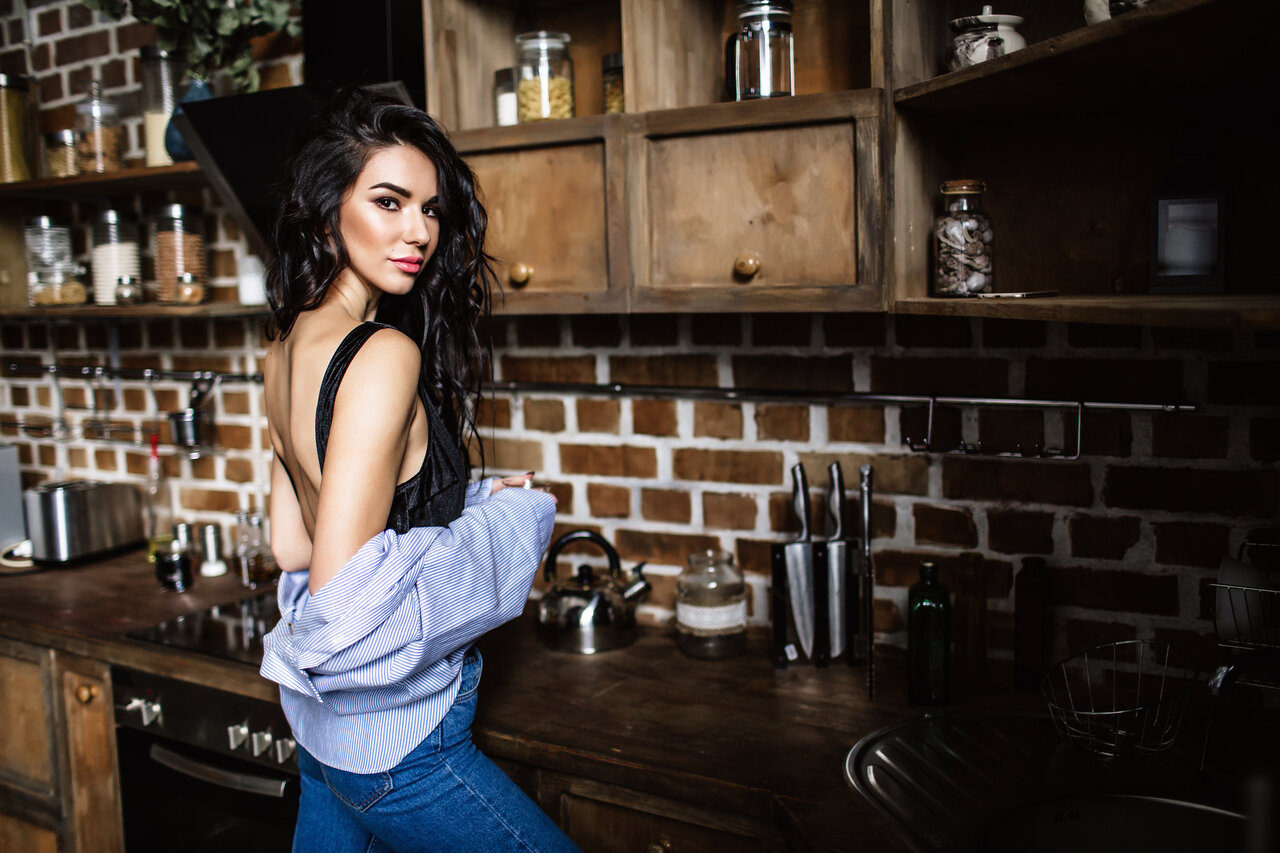 Brown isn’t the most sought-after color in the world. For as long as people can remember, it’s always been outmatched by its rival dark hues — gray, black, and navy blue. However, that should not stop you, or anyone else, from being drawn to it. So, what if it isn’t popular? If you like brown, you’ve got a lot of wonderful traits, according to experts.

Almost all psychologists agree that your favorite color serves as a basic litmus test for your personality type. On some level, most people recognize this to be true. If you know what to look for, simply asking someone what their favorite color is can reveal a lot about them.

So, what can be said about those that gravitate toward the color brown? First off, experts reveal brown is the favored hue of people who are loyal. They like to be the strength for others. Brown lovers can adapt to any scenario and aren’t hesitant to put themselves in difficult situations if necessary. Moreover, they are typically not gregarious and prefer solitude.

Furthermore, because brown is the earth’s color, it is closely associated with issues of the soil and/or living a raw lifestyle. In other words, lovers of the color brown are most likely to be vegans. Expect them to prefer simple living, not too fancy living conditions, or even clothing. 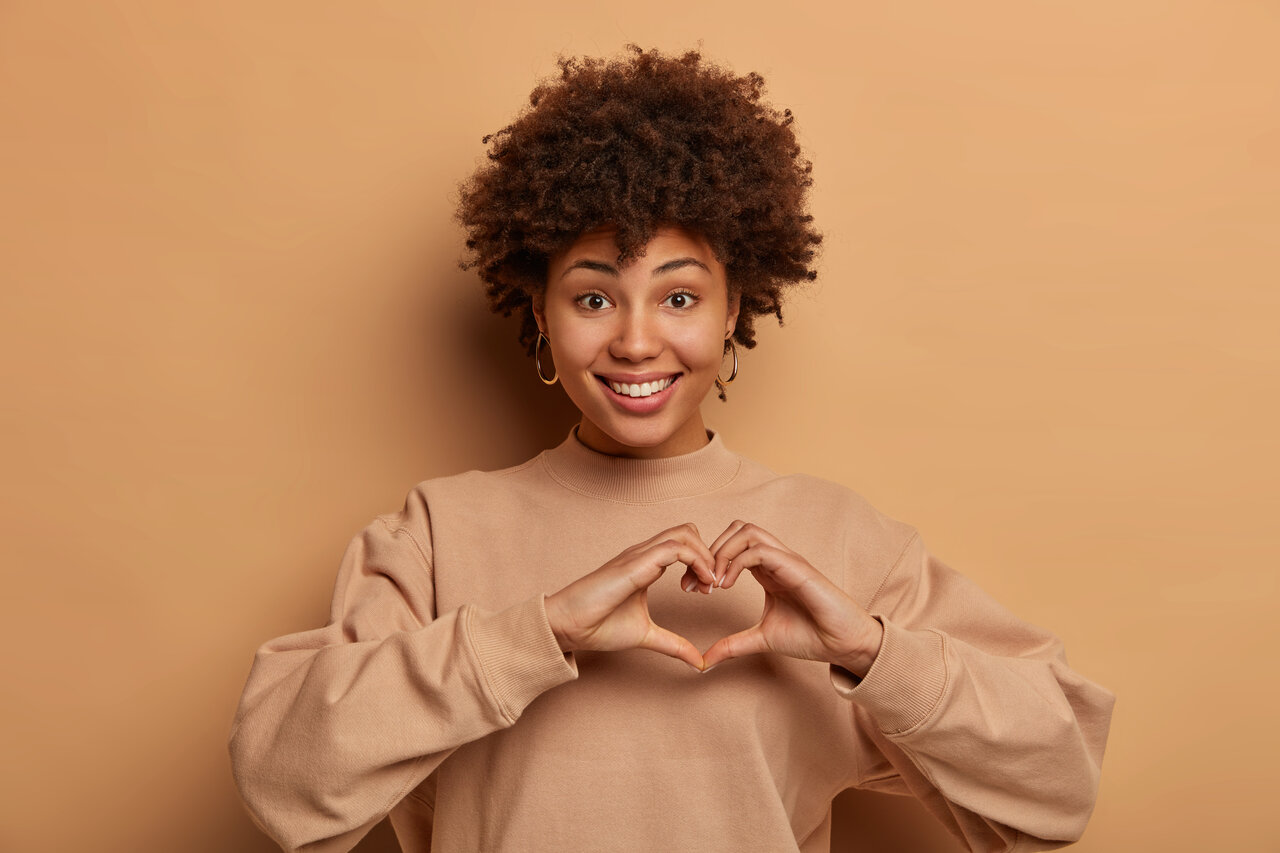 If there’s one thing the story of the brown heart emoji taught us, it would be to never judge an emoji by its cover — and by cover, we mean color or design. New emoji meanings emerge as a result of how society uses certain words. Sometimes these words can be different from the symbol’s original meaning. This is what happened to the brown heart emoji.

Often, trends begin on a single site, such as Twitter, Instagram, or TikTok. The more people catch on to the trend, the faster it spreads. Twitter has played a significant role in the propagation of new emoji meanings, given the network is built on quick interactions – and the same can be said about social media comments in general. So, don’t write an emoji off just because you don’t like what it looks like, or what it means at the moment. Who knows? You might find yourself eating your own words before you know it.

Sure, we all have our favorite emojis, whether it’s the 💃 Woman Dancing emoji or the 😍 Heart Eye emoji. There is nothing wrong with that. As humans, we are often attracted to what we know, what is familiar, what works, and what is safe. But if you want to gain more followers, you need to think out of the box from time to time. Try to be more creative and go with something you’re not so used to from time to time. If it doesn’t work, you can always start over and be better than before. Good luck!

You can find out more about which cookies we are using or switch them off in settings.

This website uses cookies so that we can provide you with the best user experience possible. Cookie information is stored in your browser and performs functions such as recognising you when you return to our website and helping our team to understand which sections of the website you find most interesting and useful.

Strictly Necessary Cookie should be enabled at all times so that we can save your preferences for cookie settings.

If you disable this cookie, we will not be able to save your preferences. This means that every time you visit this website you will need to enable or disable cookies again.